MOVIES THAT WILL STAND THE TEST OF TIME: “ALIENS”

An energetic review worthy of the movie itself, by one of my esteemed students whose initials grace the bottom of this post. Have at it…

To all other movies out there, thanks for coming but the position of Movie that Best Stands the Test of Time has well and truly been filled.

Where do you begin describing this film to someone who hasn’t seen it? I mean, are there people 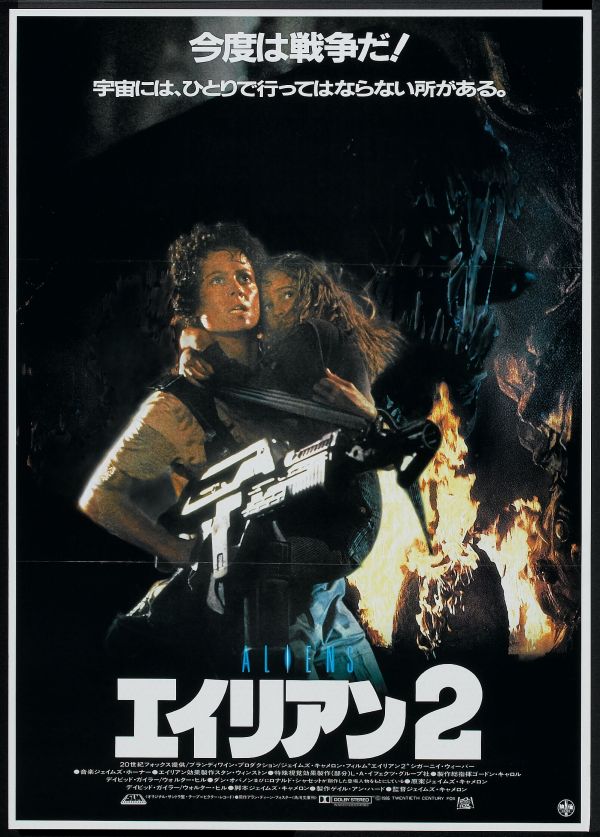 out there who haven’t? How do they live without the endless cool-quoting possible from this rollercoaster?…A topic to be tackled by a truly gifted psychologist one day…but not today.

Today, we tackle one of the few kickarse heroines permitted in the swirling narcissistic, navel-gazing missives spewed out with booming voice overs from the Hollywood movie magic mill.

You can get into this film without having seen its much scarier predecessor. The pace is so fast and furious, you just get swept in and off you go. I am not a fan of the horror movies, but there is so much action and snappy human angst in this that I can stand the horror parts just to get the high this movie leaves me with.

Aliens begins with the retrieval from deep space of our intrepid heroine Ellen Ripley who has survived the monster from hell in Movie 1: Alien. She tries to get back to normal life but the nightmares won’t leave her alone. And then one day she is informed by the company (who fired her for inventing tall tales about killer aliens) that a far colony has stopped communicating. A reconnaissance mission led by experienced marines will go to investigate. Her services as a consultant would be appreciated, in case (and “if”) it’s due to the critter she reported. She says no. Of course she says no. But the continuing nightmares and what those marines are u

nwittingly stepping into force her to go along.

And here we meet the marines, the obligatory company man and his accompanying synthetic (android). Insults flow, including comments about cornbread and cold floors and who’s this new “Snow White” tagging along with them. The marines are young, strong and fearless, beautifully filmed and superbly cast. You find you care about all of them before they even get to the planet and the “Oh S**t” Juggernaught gets well and truly rolling.

If you haven’t seen this, do yourselves a favour: grab a copy, organise a huge bowl of popcorn and join the rest of the human race as this story unfolds with more twists than a serve of pasta.

Marvel at a monster worthy of your darkest childhood fears…

Cheer for a heroine who gets the job done…

And the join the rest of us in yelling at the screen to change the outcome and to no avail. 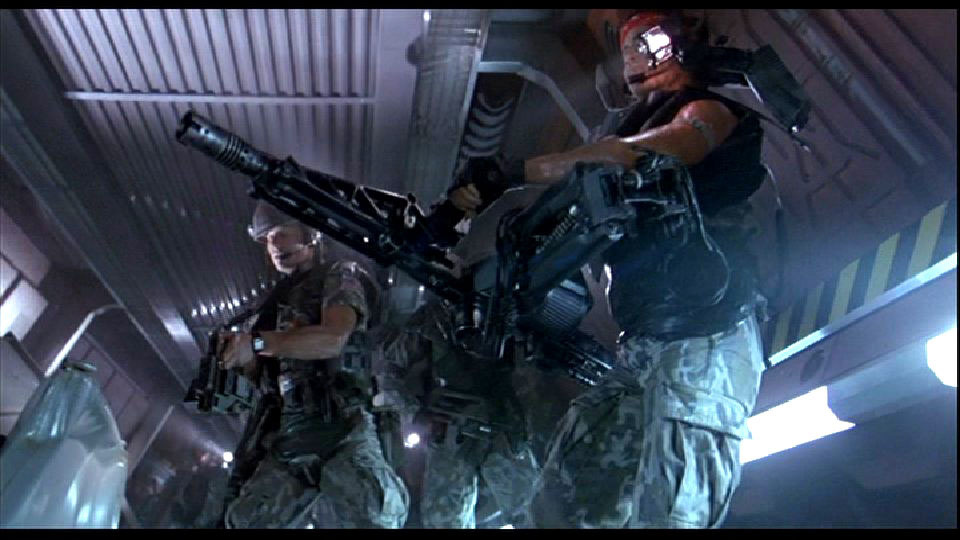