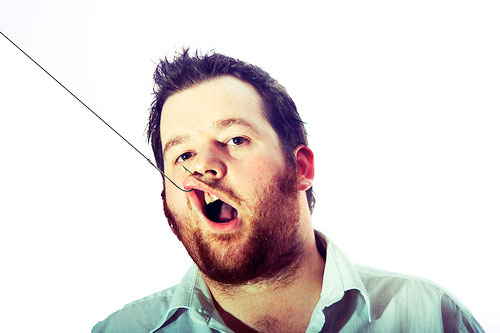 What makes you pick up a book and consider it? The cover art? A friend’s recommendation? The title?

Whatever it is, you probably pick it up, scan the blurb on the back then flick open the first page. If you’re like me, that’s possibly the make or break moment for the book. Like what you read in the first twenty seconds or so and you’re more likely to buy it (or borrow it if you’re standing in the library).

As an author, I’m endebted to writing buddy and editor Davidh Digman for introducing me to the 25 word test. In other words, if the the first 25 words catch the editor’s eye and hook them, they’ll persist…just like the browser in the bookstore. So those first words are vital to the success of a short story, a book, a series even. Consider these beginnings and let me know how they affect you …

“It was a bright, sunny day. Not, you might have thought, the sort of day for hunting ghosts.” (The Dark, James Herbert … I just love that play on “It was a dark and stormy night”!)

“All nights should be so dark, all winters so warm, all headlights so dazzling. The van jacked, stalled and quit on a drift, and the homicide team got out, militia officers cut from a pattern of short arms and low brows” (Gorky Park, Martin Cruz Smith).

“The man with the rubber boots stepped into the elevator behind me, but I didn’t see him at first. I smelled him though –” (The Street Lawyer, John Grisham).

“There should have been a dark whisper in the wind. Or maybe a deep chill in the bone. Something. An ethereal song only Elizabeth or I could hear. A tightness in the air. Some textbook premonition. There are misfortunes we almost expect in life — what happened to my parents, for example — and then there are other dark moments, moments of sudden violence, that alter everything. There was my life before the tragedy. There is my life now. The two have painfully little in common.” (Tell No One, Harlan Coben … Ok, so that’s a lot more than 25 words but that’s because the prose just pushes me along to the end of the first paragraph, and at that end I nod my head in appreciation…and have to force myself to put the book aside and pick up the next from my desk!)

“The loading dock smelled of turned milk, and the storeowner’s breath of beer and cheese. The odors of white people, Junior Inspector Keung Yeng thought.” (Illegal, Pete Aldin and Kevin Ikenberry … ok, self-indulgent, but I’m bloody proud of this opening that got us published in Andromeda Spaceways.)

“I know there’s something wrong the moment I see the dead girl standing in the Wintergarden food court. She shouldn’t be there. Or I shouldn’t.” (Death Most Definite, Trent Jamieson).

[Similar to the one above, but no less hook-y]: “Had the man in front of her not already been dead, Chess probably would have tried to kill him. Damn ghosts.” (Unholy Ghosts, Stacia Kane).