At time of writing, I am many chapters into MJ’s Bell’s Before the Full Moon Rises and loving it. I have literally dozens of books on my To Read shelves, so when I bought this at Denver Comic Con recently I thought I was crazy to add yet another novel to the shelf. But I’m sure glad I did. Excellent YA fantasy that I’m enjoying as a middle-aged male reader. I recently pitched MJ some questions and a statement to respond to. And here’s her responses…

PETE: What is it that motivates you to write? 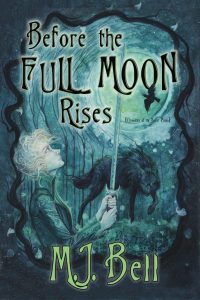 MJ: I don’t really have to be motivated to write. For me, writing is more like breathing and eating—I crave it every second I’m not doing it. And when something takes me away from it, you know, like life, family, household chores, the story whispers in my head until I can get back to it. I’m just one of those people who loves to write.

PETE: Your Secret Prince series is YA. What do young people look for and need from a novel?

MJ: Ha! If only I knew that, I would be as rich as J.K. Rowling!! But teens today have so many more pressures on them than what I had when I was that age. Peer pressure and social media outlets are brutal, and I think that’s why so many young people tend to gravitate to fantasy/scifi novels. They need a place they can escape to and get emerged in, away from the realities of their lives. And they want some part of the book to be something they can relate to their own life, whether it be the character’s personality traits, the character’s struggles, the relationships, or the situations.

PETE: What made you choose a French heritage or connection for Deston you main character?

MJ:  I fell in love with France the first time I visited, so there’s that. But also, the Forest of Brocéliande (significant to the story) is in France, so it made sense for Deston’s mother to be French. Why I chose the Forest of Brocéliande is because I’m a huge fan of the King Arthur legend, and it is said that Merlyn the Magician went to Brocéliande after he left Arthur. That’s where Merlyn met Nimue, and it’s also where Nimue trapped him in a cave of ice. He is supposedly still there today, waiting to be released. And since Merlyn has a BIG role in the Secret Prince chronicles, it again made sense.

PETE: What’s your advice for young people wanting to become a published author like you? 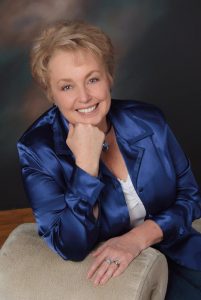 MJ: The same advice I give all new authors. Don’t judge your success by the success of others. Everyone has different goals, and just because someone else might put out 12 books a year, does not mean you are a failure if you only put out 1. It’s easy to get bogged down and deflated if you try to follow someone else’s path that isn’t right for you. Just do what you can, the best that you can, and be happy with it, for writing even 1 novel is a huge accomplishment and you should be proud.

PETE: What’s the next or new direction for your writing?

MJ: I’m currently working on a science fantasy – time travel. It will be a single book, because my life is too full right now to keep up with a new series. I loved doing the Secret Prince trilogy, but it was a lot of pressure to get the next book out in a timely fashion for the readers. And I’m a slow writer to begin with, so that added even more pressure (it was only my own personal pressure, but it was still too much!).

STATEMENT TO RESPOND TO:  A lot of the advice to indie authors says that we can’t be successful unless we write and release 3-4 books per year.

MJ: If this weren’t a family blog, I would throw out some choice words for that statement! Haha. Success, like beauty, is in the eye of the beholder. In my eyes, if you’ve written and published a full-length book, you’re successful, because it is not easy to do! But of course, I know what they’re talking about is financial success. Even with that, I don’t know that I agree. There are many highly successful indie authors who take a year or more to write a book. Look at Darcie Chan for example. Her very 1st book sold over 400,000 copies and was on the WSJ Best Seller’s list for 28 wks. Her next book didn’t come out until 3 years later. E.L. James’ books are also about a year apart. So these two examples alone blow that statement out of the water.  Sure, it’s great if you can pump out a lot of books in a short time. And of course, the more books you have available, the more opportunities you have to sell. But each sale we get and every book we put in the hands of a reader is a success, and we should rejoice in those moments instead of despair that we can’t live up to another broad statement.

PETE: thanks for your time!

As a mom of 3 boys, MJ Bell wrote the Chronicles of the Secret Prince trilogy to appeal to boys as much as girls. Readers will recognize several Arthurian characters/places in this trilogy: Mordred, the Lady of the Lake, Avalon, and Excalibur’s twin brother sword, which is given to Deston…and of course there’s Merlyn…

She holds a Mom’s Choice Award (Gold Award Winner for Fantasy). More about her here.

Before the Full Moon Rises (and the rest of the trilogy) is available here.