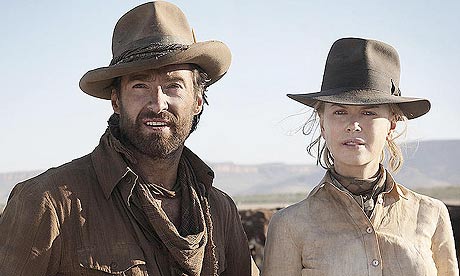 Fellow Australians, I’d like you to think for a moment.

Who is the very worst Australian character you’ve ever seen (or read) in a movie or book? As in, they just don’t come across as an actual credible Australian.

I ask because this has been a topic of conversation this week on Codex Writers Group where a couple of (American) writers were asking for advice on Australian syntax and vocabulary. They did this in order to make their Aussie characters authentic. I cannot tell you how much I respect them for asking. Ok I can: I RESPECT THEM VERY MUCH!! Thank you, Rick – Thank you Darja! Thank you for asking and for listening.

As an Aussie, I’m probably as sick of wierdly redacted and contorted caricatures of Aussies in the media as Chinese people were of the kinds of “Ah so” characters we used to see so often in 50s, 60s and 70s movies.

Having said that, it’s not all that easy to write a character from a place or people group you’re not familiar with. And I have read writing (Kevin Ikenberry’s for example) that portrays Aussies with great accuracy. There have also been Australian characters in movies and TV which have been wonderful, simply because they’ve been scripted with “normal” lines and no ridiculous Aussie-isms such as “Cripes”, “ruddy hell” or “ain’t”. The Australian woman in the first Transformers movie comes to mind, as does the Aussie doctor in House. (Sorry I can’t recall their names off the top of me ‘ead, guv’na).

That guv’na comment leads me into the two areas where I think non-Australian writers/directors get Aussies wrong:

1.They present them as suntanned Cockneys (see the half-cockney, half-Aussie character in Tango and Cash, and the James Coburn character in The Great Escape, using words like ain’t and dropping their “h’s”)

2.They base their character on a redaction of the kinds of country folk that may (or may not) have existed in 1930s Australia. (Using words such as “Galah” and “drongo”)

A problem for non-Australians (who don’t know a lot of Aussies personally) is the ridiculous portrayal of “typical” Aussies in movies like the horrible Crocodile Dundee trilogy (which should have earned Paul Hogan permanent expulsion from Australia, lol), Baz Lohman’s abysmal Australia (ok, I’ve only seen a couple of scenes from it, but they were enough to make me physically ill), or Kangaroo Jack (very funny movie, but hopelessly inaccurate depiction of Australia).

I’ve rarely met a person who sounds anything like Mick Dundee or his mates. And they invariably annoy me, because they come across as trying to be Australian, instead of just being Australian.

A warning for writers about internet-based research: it’s often crap. Sounds obvious, I know, but it needs to be said. Apparently, some of the advice on the internet my writing friends received was that Aussies are fond of words like “Cripes”, “Crikey,” “Galah” and “ruddy” (as in “Get that ruddy car out of the way!”).

For reference (and in my humble opinion), most of the differences I can see between Aussie and American English these days are in intonation and a few vocabularly differences. Probably our senses of humour and irony too. A lot of us still call the “john” a “dunny”. We call erasers “rubbers” (which always seems to break Americans up over here — or horrify them when a schoolkid asks them for a “rubber”). Reckless drivers (or those who break the law in cars for fun) are called “hoons” (like loons but with an “h”). We seem to like finishing statements with an upward inflection, turning them into questions (and I did hear a linguistic term for this during the week, which I’ve promptly and helpfully forgotten!)

Once again, I respect my writerly friends for asking real life people for their advice. It made me more aware of my own need for feedback. When I write women, I need women to read the character and tell me where I’m stuffing it up. When I write Chinese characters (as I did with Kevin recently) perhaps I should be asking Chinese Americans or contacts in Singapore how the character’s coming off. None of us are immune to misrepresenting a person who is “different” to us…and this is just one reason why I love writing fantasty where I’ve invented the culture and nationality!

….Oh, and about that question I started with? For me, the examples that come to mind are Ugly John on MASH, the Aussie bad guy on Tango and Cash, any Australian characters depicted by Bazz Lohman (or however you spell his name), our current Prime Minister Julia Gillard, and the entire constellation of characters in Muriel’s Wedding. And then there was the bloke who runs into the pub in a scene in the recent Tom Hanks series The Pacific, yelling “Hello Cobbers!” (SHUDDER).