The Upside of Sick Days

Ten days of flu which aggregated the ol’ asthma.

Followed by having wisdom teeth extracted.

Sound like two weeks of fun to you? You betcha bottom buck it was: because I actually got time to rest and read and watch Netflix/Stan…

So. Some brief reflections on that which I watched and which I read:

Revival, Stephen King. Possibly of all the King novels I’ve read, this is the most 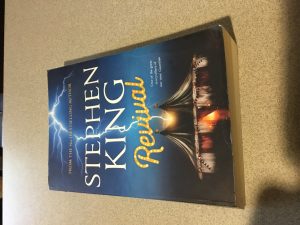 coherent. It certainly held me from go to woe. Less horror than weird tale. The book only suffered from King’s bad habit of laying “I was about to find out soon” forecasting statements at the end of multiple sections (by the seventh time, it was getting annoying) AND the occasional lapse in editing standards (which seems normal for King’s publishers — eg. Words running together without a space, sentences that don’t make sense no matter how you read them). But excellent characterisation and pacing, authentic pathos as only he can write, and a great payoff.

The Lost Fleet: Dauntless, Jack Campbell. Didn’t have high hopes for this military scifi novel (the first in a series) but I was pleasantly surprised. Well written, well edited, with interesting science driving the space travel and space battles. Lots of political tension. My biggest issue (and it loses a star for this) is that not much really happened. To quote Elvis, “A little less conversation, a little more action, please”

Bodyguard (Netflix): superb BBC cop/political thriller. A couple of dumb bits (basically coincidences that drive the plot forward) couldn’t spoil this for me. Held me by the heart from the opening scene to the last.

Seven Seconds (Netflix): Almost gave up on this during ep 1 because that episode was a shambles of story telling. But from ep 2, it locked on and didn’t let go. Again, suffers from many MANY coincidences that drive the plot forward (which is sad because they didn’t need them), but the acting was magnificent.  Fave character: Fish. 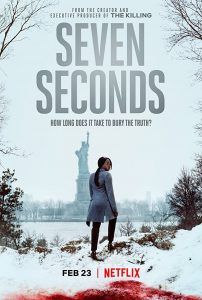 Star Trek Enterprise seasons three and four. OMG. Sooooo bad. I loved the first two seasons of this and after over a decade’s hiatus, I wanted to finish it. I’ll just say this, it helped me sleep a lot. And when I was awake, I’d watch ten minutes, then turn over and try to shut it out. Too many gripes to list.

Criminal (Netflix): nice cast, nice premis, nicely executed. A bit silly, but I thought that Kostner actually did a great job with his character and it kept me watching til the end.

The Crossing (Stan). Yeah. Mmm. I have watched the first six eps probably three times each because I kept falling asleep in them. still haven’t finished. What I like: Steve Zahn’s character and performance; the twist on Terminator with genetically altered humans taking the place of skynet in the future; some of the surprises. What I don’t: some truly dumb dialogue; too many characters to care about; and seriously, people appear from the future fifty feet under water unconscious and THEY DON’T DROWN???????????????????????

How ‘bout you? Watched/read these? Thoughts?