“Someone will die so I can live. I’ve come to terms with that.”

So opens SLEEPER, a new YA novel by Sharon M Johnston. I am 39% through the e-book as I write this and loving it (I only review and interview authors whose works I genuinely enjoy).

I recently caught up with Sharon via Facebook and fired 5 questions and a statement at her. Here are her responses…

PETE: Sleeper is excellent. What’s the main concept for the novel and where did it come from?? 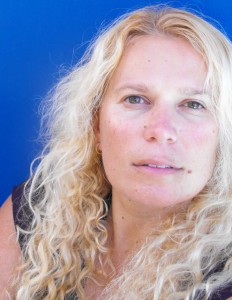 SHARON: Oh, to share the true answer to that would be giving away the twist at the end. It’s like a bomb goes off. What I can say is that I write speculative fiction and this is that in the truest essence. I speculated about two certain people were to meet and built the whole plot to allow these two people to meet and then the fall out from this meeting: “What if this person meet this person?”

Discussing it in non-cryptic terms, it’s about a girl, Mishca, who has a heart-transplant and then weird things start happening: constant nightmares, new superhuman abilities and seeing things that make her think she’s crazy. At the same time, altering facing death on the operating table, she decides to try and track down her birth parents. She tries hard to fight her freakiness and focus on her new boyfriend, Ryder. But that all falls apart when she goes to university and gets a bad case of love-at-first-sight with her university professor.

I’m not sure where exactly the idea came from. I like letting my mind wander and thinking of weird things. For example, my story Karma, which was runner up in the Australian Literary Review’s short story contest (which I’m now turning into a novel) came from the thought “What if there were people responsible for delivering Karma?”

PETE: I love “What if” questions… Do you or have you ever written for family members? If so, what was their response?

SHARON: I wrote my Basics of Life anthology short story GROWTH for my dad. He never read it as it was about his terminal cancer diagnosis and it was published after he died. I’m coauthoring a novel that I’m writing at the moment that’s based on a concept I came up with for my son. He has epilepsy and in the story the seizures are more like a superpower. He loves the concept and I’m excited for when he’ll get to read it. 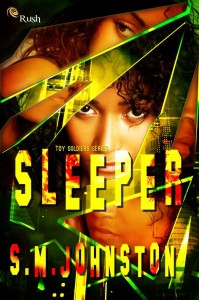 PETE: That must be truly cool for your son. So, who have been the most influential writers in your world?

SHARON: Holly Black has definitely had a huge impact on me. Her Curse Workers series helped me find my preferred writing style and understand writing from a male POV. Angela Slatter has been somewhat of a mentor to me, and edited SLEEPER (as well as coming up with the book name and series title!). She’s not only a fantastic writer, but a giving person who has helped me understand the industry and how to improve my characterisation.

PETE: What habits have served you well as a writer?

SHARON: I use alpha readers when I write and I have found that that most effective way to combat writers block and pump out words (yes, Stacey Nash, I’m getting that next chapter finished soon). I used to write regularly at the beach when my husband was a lifeguard. That’s a habit I miss as it was great to be unplugged and focused on the words. I also write multiple stories at once. This may sound odd, but it ensure that I don’t lose an idea. Quite often I get to 20K and then return to my main WIP. Then I use an alpha reader to help me whip the rest out.

PETE: How much of yourself is in your characters?

SHARON: That really varies. Like a lot of authors, my first character, Mishca, has a lot of my traits. But there’s virtually nothing of me in Justin (Karma) or Jenna (novel I’m currently querying. I have one character that is more of me than Mishca, which is Kaylee. She’s in a WIP which is kinda-of autobiographical. I’m trying something different with a retelling of my senior year as though that’s when my dad got his terminal cancer diagnosis. It’s a bit odd, like a faux-memoir. But writing is about experimenting.

2. Because the readers around the world are thinking more globally and want to know about places beyond the US/UK boarders.

3. Because Australia is kick-arse interesting and needs to be shared.

4. Because we have a unique culture that fascinates people in other countries.

SLEEPER is available on Kindle and will soon be available on Nook and Kobo. Watch Sharon’s FB profile or website for news. Goodreads reviews here.

Sharon is a writer from Mackay in Queensland, Australia who has short stories published in anthologies and was also runner-up in the Australian Literary Review’s Young Adult short story contest with KARMA. By day she is a public relations executive and by night she writes weird fiction and soulful contemporaries while her husband, two sons and cat are fast asleep.