Why Did I Write a Werewolf Novel?

There are two answers to this question.

The first answer is: I wanted to and an idea came to me and I acted on it.

In fact, through there are of course many changes from the initial draft of Black Marks to the final production, the guts of the story remained the same: a man with a problem

whose desire to be good makes life worse for him and for someone he cares about.

There were also the details such as the silver allergy, and the curse hitting the sufferer on three nights a month rather than one (so we could have more werewolf action and more complexity than just that one night). When you have something as clear as I had it then, you have to write it. Or at least, try.

The second answer is: I could not find a werewolf novel I enjoyed.

As a youngster, I enjoyed several werewolf movies, comics and also a TV show. But everything I read as a “mature” adult left me either pissed off or bored. Where was the thrill? Where was the polished prose? Where were the interesting characters and the subtle menace and the human being wrestling against his demon?

Because I could not find what I loved, I wrote it instead. And while it’ll never win me a Booker or Pulitzer, Black Marks became and is that thing that I love. I’m proud of it and I’m glad it’s brought pleasure to so many others.

Since writing it, I’ve fortunately discovered several shifter/werewolf novels I truly enjoyed cover to cover. You can find my list of completed reads here. There’s not many books on it. And each one is VERY different from the ones around it.

In conclusion, I am always ALWAYS fascinated by the wrestle between our inner selves and outer selves and I think it’s this that I look for in a wolf novel. How about you? What do you look for? 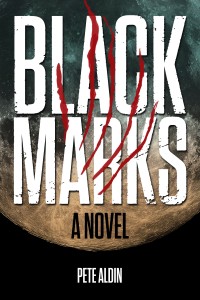