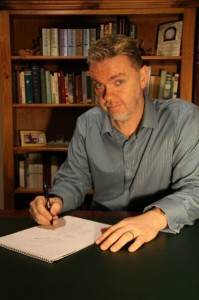 Pete Aldin is a member of the Australian Horror Writers Association and the Dark Fiction Writers of Chelsea.

His working life is split between helping professionals shape their career and work-life balance … and empowering people with disabilities to do the same.  He has worked with migrants and youth as well as with training companies designing courses and courseware.

He follows football (or soccer, as Aussies call it), following Chelsea FC in the English Premier League. He watches the entirety of Breaking Bad pretty much on a loop, plays FIFA games on xBox, and reads way too much when he should be writing. His all-time favourite reads include Liège-Killer, The Mote in God’s Eye, Thin Air (based on the Philadelphia Experiment), The Chronicles of Narnia, Gorky Park, The Hiding Place (Corrie Ten Boom – sure it’s not fiction, but it’s one heaven of a story), The Speed of Dark, To Own a Dragon (Donald Miller, again not fiction, but brilliant prose), Magician, Graham Greene’s The Power and the Glory … the list goes on and on.

In the past, he played drums, and wrote his own music using an old Roland synthesizer and Tascam 4-track. These days, he leaves the music to his sons (a bass player and guitarist/keyboardist respectively) and the songwriting to younger people with better connections.

His novels have received rave reviews. His short fiction has found a home at markets including Andromeda Spaceways Inflight Magazine, IGMS, Niteblade and Poise & Pen’s ABC Anthologies. He has written for several parenting magazines including Kindred and Natural Parenting, but now is devoted solely to fiction.

He is not a god, but often writes about people who think they are … 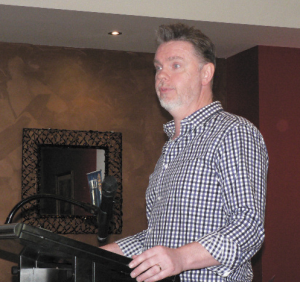